When something breaks up and falls parts we say it has disintegrated. Conversely we might describe someone who stays true to themselves and their values and principals as having integrity. An object that maintains its basic form even if it has been impacted in some way has retained its integrity and if another object becomes usefully joined to it we say it has been integrated into the other.

In psychotherapy, integration can be thought of as the process of incorporating a new way of being in the world so that we feel it becomes a part of us and we feel somehow different, changed and that we have grown. It has become embodied. How does this complex process happen? 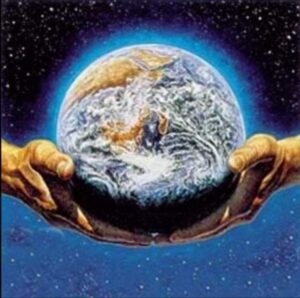 As therapy unfolds a person who has parts of themselves they have denied, rejected and therefore that exist out of their awareness, begins to see the need for integration. A feeling of being somehow conflicted and as if they are hijacked by their own responses to events around them, without some central control, will likely give rise to problems in relationships and a loss of trust in oneself which is another way of saying a loss of confidence.

We all have a sense that in different contexts, across the different roles we are called to play in life, we can feel and behave quite differently. From family to friends and the work place, different personas enable us to adapt to the varying demands of a complex life but often they do not coexist in harmony. As you read this you might be aware of which parts of yourself you prefer to deny or hide from others, even from yourself.

A psychotherapeutic process that enables integration is where the different parts of a person are facilitated to get to know each other. For example, a man who felt constantly humiliated and inadequate in the presence of an intimidating boss, came to therapy with very low self-esteem. He resented the part of him that was unable to assert himself with anyone he saw as being an authority figure, feeling childlike and helpless. We got to work helping him understand that this ‘weak person within’ that he despised, had grown up terrified of his father’s violent temper and ruthless discipline. I asked him to start relating to the petrified child by imagining he was really there with us in the room. What would this child want to hear to feel encouraged and supported to find his voice rather than withdrawing passively.

This process of integrating a part that had been rejected led to a change in the way this man could assert himself. He was less concerned about concealing what he perceived as his weakness, and with renewed energy and courage could stand up for himself better.