TAKING A DIFFERENT PATH THE ROAD NOT TAKEN BY

Two roads diverged in a yellow wood, And sorry I could not travel both And be one traveler, long I stood And looked down one as far as I could To where it bent in the undergrowth; Then took the other, as just as fair, And having perhaps the better claim, Because it was grassy and wanted wear; Though as for that the passing there Had worn them really about the same, And both that morning equally lay In leaves no step had trodden black. Oh, I kept the first for another day! Yet knowing how way leads on to way, I doubted if I should ever come back. I shall be telling this with a sigh Somewhere ages and ages hence: Two roads diverged in a wood, and I— I took the one less traveled by, And that has made all the difference. 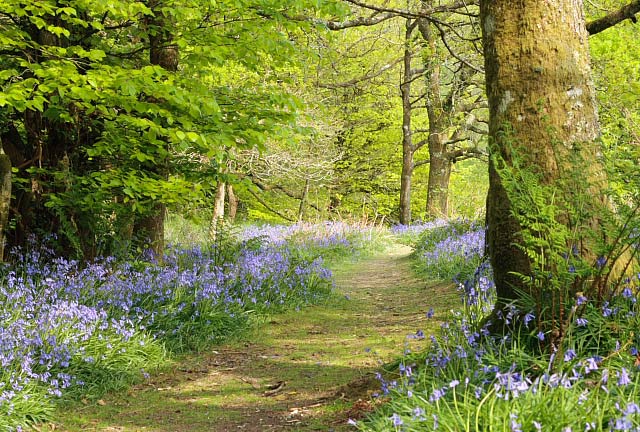 Working with a client recently, an image came to mind which I shared with him. He was stood in a clearing in a forest with two possible paths to take. One was familiar, well trodden and worn. It led to a painful place of self-rejection and isolation. I suggested there had always been a strong urge for him to follow this path which was clearly defined and inviting despite the dark destination it would always take him to. Our task has been to help him find a different path.

The compulsion to repeat destructive patterns is one of the significant challenges that therapy seeks to confront. Robert Frost’s poem describes beautifully the choice to take the other (path), ‘because it was grassy and wanted wear’. Generally speaking, humans are risk averse, fear change and continue behaviours which have become the norm, without being questioned, simply through reinforcement by habit.

Evolutionary adaptations have shaped us this way. possibly because the most likely approach to survival has been to stay within the confines of what is well known to us. We take the road well-travelled rather than that which is unclearly defined and where the destination is unclear. It may have been the only option for the client I mentioned, when he was young and felt repeatedly hurt and rejected by his family, to collapse into despair. If there was no one else to turn to and seek comfort from he may have learned to turn inwards. After a while this might start to feel strangely comforting, despite being dark and painful. It is at least a world of his own where others cannot intrude; a private place where dark thoughts can ferment. If this happens enough it becomes the default response to any upsetting or traumatic event – a familiar path.

I asked the client to visualize himself stood before these two paths and to take the unfamiliar path. I described it as being overgrown, hard to follow and that it would require hacking through some dense foliage to follow it but that there was always a sense of the direction to take, even though unclear. Eventually he would find himself in a new clearing, with other possibilities. The point of this exercise was to explore the possibility of breaking a well established pattern. It proved a helpful vision to carry with him and bolster himself when faced with challenges that might result in him taking the usual route towards despair and into a deep, dark hole.

As I have mentioned in previous blogs, the process of change involves the creation of new neural pathways in the brain. These pathways are made more permanent when we repeat an action, thought, or response, like a new track through the forest being created each time someone finds way their along it.