THE MEN’S GROUP – 7 YEARS AND STILL CHUGGING ALONG

The men’s group I run in central London is in its 7th year. I think of it as a heavy, rusty, solid train that has seen years of reliable service. It stops at stations where those passengers who have completed the journey get off and those starting theirs, get on.

Over 100 men have taken a journey on the train, some travelling only to the next station while others remain on board for the long haul. All these passengers are part of its story; men of different ages and cultures who want to understand and explore themselves; their lives, relationships, feelings and thoughts in the company of other men. 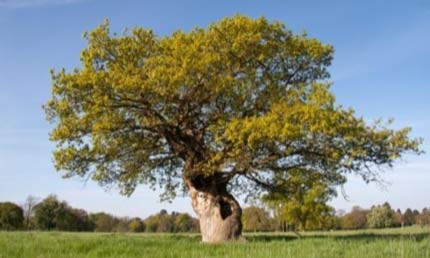 What’s the use of a men’s group and how could a man benefit from joining? Let’s take an example, fictitious but based loosely on the stories of men I have worked with. Steve emails me saying his wife, who has uncovered his affair with a colleague has given him an ultimatum, start therapy or our marriage is over. It transpires when we meet that this is not the first affair and that he is drinking and using cocaine. He has young children and doesn’t want to lose his family.

In this scenario I might suggest he has some individual sessions with me then joins the group. A man like Steve will have few friends who really know him. He doesn’t talk to his drinking buddies about what’s really going on in him and because of the secret life he has cultivated, he tends not to tell his wife what he’s feeling and thinking either At out first session Steve realises how isolated he is as he hears himself say “no one really knows me”. I would go further to say that he doesn’t really know himself. His adult life has largely been spent in autopilot mode. Doing what he thought he should without reflecting or questioning what is right for him. Existing in this numbed state he starts transgressing boundaries and self-destructive, or what he might refer to as risky behavior. It’s the child-like rebellion of a man who is unaware of how resentful he feels about a life he hasn’t really chosen. And each time he gets away with it, the more addicted he becomes to living on the edge.

Men come together in the group to discover the parts they have hidden and denied; to dare to confront the aspects of self that have been long buried for fear of how they’ll be judged, disapproved of and rejected by others. Steve has been doing this for decades. He starts making connections, piecing together his disjointed sense of himself, recovering feelings he learned to suppress as a child in the face of a mother who loved him conditionally and reinforced by a wife who wasn’t let close enough to see the vulnerability and insecurity lurking beneath a polished exterior. Jung described these denied aspects of self as our shadow. In many men these dark places host a wounded soul which can operate out of awareness, reeking havoc for himself and those around him.

In the men’s group this part is encouraged and welcomed. Once sufficient trust has been established, some light can be shone into these dark places of the soul. It can feel exposing because it is, quite literally, an exposure. Learning to tolerate the discomfort of being fully seen by others in this contained environment is the healing process. The man who commits to this process knows himself more fully and can finally be himself, a more integrated person who understands his motivations and can take responsibility for his actions.

This story is of course not representative of every man who joins the group, but it’s a familiar tale and if there is a common thread running through most men’s stories, it is the sense of isolation, not being known or understood by others and by himself.